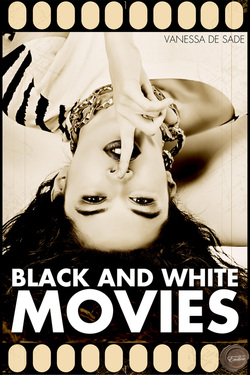 A businessman is invited to a mutual masturbation session by his colleague; two straight girls audition for roles in a lesbian sex movie; a woman gets a shock after spying on a stranger who emerges from the sea only to pleasure himself on the rocks; a washed-up photographer is given a second chance when asked to photograph some rather naked male models; a farmer's wife has her latent desires awakened after inadvertently spotting young soldiers bathing in the nude; and two girls meet at a 1960s holiday camp and become involved in a secret sex show in a derelict jazz ballroom.

The woman groaned aloud as, on screen, the girl brought the two guys she was playing with off together, their thick white semen jetting out of them like an erupting geyser, soaking her face and each other, their thick bushes bejewelled with it like pearl dew drops.
"Fuck, this is good," she moaned, pulling open her robe and treating Matthew to a ringside view of one huge breast and her fat white thighs and dark bush.  "Whoops, given you a little free show there, cowboy!"
"That's OK," Matthew grunted, pulling down his sweats and exposing himself for her, his huge cock towering up like a monolith, his hands busy as he jerked himself up and down.
"Pull you pants right down so that the elastic sits under your balls," the woman groaned, eating him up with her greedy eyes, "it'll make your cock really stand out, and you'll look spectacular when you come."
"Which might be soon…"
"Don't you dare," she whispered desperately, delighting in the hard sticky wetness of her own nut-hard clit, the glossy brown nipples on her cantaloupe-sized breasts up like cigarette ends.  "You'll be the perfect gentleman that you are and wait for me to come first."
On screen the girl had coaxed the third man to orgasm and her face and breasts were glossy with pearlescent liquid, and with an impatient gesture she pulled off her panties and quickly went down on the fourth.  The man groaned and started to rock and arch straight away, and, her ass fully pointed at the camera, she quickly finished him, his come soaking her face and hair and running down her chin.
"Look at that cute little crack.  Wouldn't you like to get up inside that little pink slit, Matthew?" the woman demanded, her legs wide apart and her own cunt splayed like ripe tropical fruit, all her puffy and aroused labia a symphony in sugar pinks and flame reds.  "Up her pretty little pussy or maybe she'd prefer it up her taut little pink starfish?"